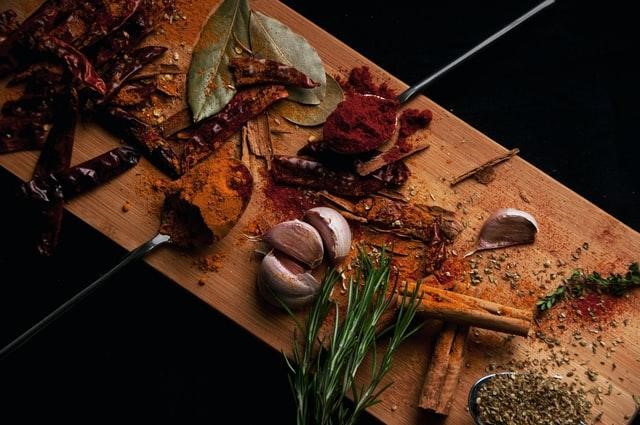 The functionality of the human body would be limited if the brain doesn’t function properly. Weighing about three pounds, the human brain can generate up to 23 watts of power, making it one of the most dynamic and essential parts of the human body. It also consumes up to about 20 percent of the calories in the body.

Photo by Zahrin Lukman on Unsplash

Students are usually engaged in several academic activities from writing assignments to studying for tests and these can be really tasking for the brain. Some students resort to TopWritersReview to get information on the best writing services that can help them with their essays.

Due to the tasking demand on the brain, students are often in need of all sorts of brain boosters to help them stay on top of their tasks. Luckily there are certain foods that are actually good for boosting brain function and some of those foods include:

The foods listed above can help any individual boost the functionality of their brain. They have also been shown to be the best foods for studying and memory enhancement and they will definitely boost the memory capacity of students who have to study for either tests or exams. Let’s examine them exclusively.

Many fruits such as kiwi, oranges, bananas, strawberries, guavas, tomatoes, etc. consist of high amounts of vitamin C which help to support brain health and protect the brain against impairments. As for leafy greens like spinach, broccoli, and the like, they contain vitamin K which assists in the formation of the fats inside the brain cells and improve brain memory capacity.

Coffee contains mainly caffeine and antioxidants, which enhance the brain’s well-being. Caffeine increases alertness by blocking out adenosine – a chemical that causes sleepiness. Also, coffee boosts the mood by increasing the release of dopamine and other ‘feel-good’ chemicals in the brain. Regular intake of coffee has been found to correlate with reduced risks of neurochemical diseases such as Parkinson’s disease or Alzheimer’s disease.

Moreover, consumption of oily fishes is linked with higher concentrations of grey matter – comprising cells responsible for the control of decision making, memory, and emotions. Also, they contribute to the prevention of cognitive deterioration.

Packed with a handful of brain-enhancing chemical compounds, including antioxidants, flavonoids, and caffeine, dark chocolate is another immensely beneficial food for the brain. People who eat chocolate (dark ones, particularly) are often found to remember things more vividly than those who rarely eat them.

The flavonoids in the chocolate gather in areas of the brain that deal with learning and memory. Neuroscientists believe they improve both aspects of the brain. In addition, chocolate also improves the mood of individuals who consume it; although, it is not yet clear to researchers if it is the taste or the chemicals in it that make people happy.

Pumpkin seeds are rich in many micronutrients or minerals that are essential for brain functions, such as copper, iron, magnesium, and zinc. Zinc, for instance, is vital for nerve signaling, and its absence in the brain has been linked to certain neurological conditions like depression and Parkinson’s disease. Iron helps to prevent brain fog or impairment of the brain, and the brain uses copper to control nerve signals. These and many other elements found in pumpkin seeds make it a highly beneficial food for the brain.

Turmeric contains an antioxidant known as curcumin, which can directly enter the brain and benefit the brain cell—also known as the yellow-colored spice and is likely to enhance the memory of people who have Alzheimer’s disease. This is often used as a key ingredient in curry powder. It has several benefits for the brain one of which is easing depression by boosting serotonin and dopamine known to improve moods.

Additionally, curcumin aids the growth of new brain cells. Nevertheless, it is important to note that a high quantity of turmeric is needed to derive enough curcumin as the chemical makes up only about 6% of turmeric.

Abundantly rich in vitamin B and choline, eggs are rather unsurprisingly nourishing to the brain as they are to the other parts of the body. The body utilizes the choline provided by eggs to create the neurotransmitters responsible for mood and memory. Also, the vitamin B gotten from eggs aids the slowing down of cognitive impairment and deficiencies associated with dementia.

Sugar is another food nutrient that fuels the brain. Sugar, in this case, should not be confused with the regular processed table sugar. Glucose – processed by the body from carbohydrates- is being referred to here. Glucose provides a short-term memory boost and improves thinking and other mental abilities. However, it is important to note that excessive sugar intake can be harmful to the body, particularly the heart.

To ensure the sustenance and improvement of the brain, it is a must to consciously make efforts to always eat healthy foods that contribute positively to the health of the brain and indeed the body as a whole.

Joanne Elliot is a respected authority on reviewing healthy food consumption and lifestyle. She is an experienced writer who has authored several articles on countless websites and blogs. She provides relevant information on health that helps students live healthily while excelling in their studies.

Importance of Entertainment in a Student’s Life Nowadays

Is Traveluro Legit and Safe? » Webnews21

Why is Traveluro So Cheap? » Webnews21

Is RippleMatch Legit and Safe? » Webnews21