The Problem of Fake News – and it’s getting bigger 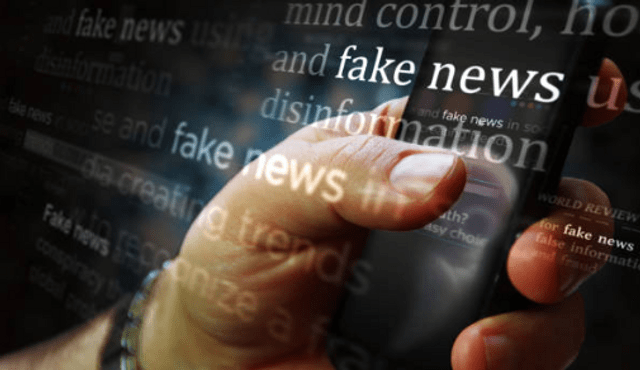 
The term ‘fake news’ was added to the Oxford English Dictionary in 2019, but it’s been around a lot longer than that.  Fake news is broadly false or misleading information that is presented as real news.  It’s prevalence has increased with the advent of the internet and social media.  As less people get their news though the television and more access it online, the perpetrators of fake news have seen opportunities explode.  So what effect does fake news have?

How do we recognise fake news?

According to an Ofcom survey more than half of people now get their news from social media.  This presents a problem as in effect anyone can become an editor and publish news on social media.  Fake news often originates from fake news websites which are trying to gain users and credibility.  It often spreads more rapidly than genuine news due to its sensationalist headlines.  The content is often designed to provoke extreme emotions in readers like anger or fear.

Social media platforms generally prioritise content in terms of engagement, so the more often it is liked and shared, the more often it will appear.  This aids the spread of fake news if people are reacting to it and sharing it.  And as they are platforms rather than publishers, social media companies don’t have the same legal responsibility to ensure content is accurate.

There are several types of fake news:

So how can we recognise fake news?

Fake news is often created by social media bots which masquerade as genuine accounts.  They can put out huge amounts of information and this gains traction as the accounts gain followers.  The way that social media works means that an individual engaging with this content will see more of it and therefore fake news gains credibility.

Trolls – people who deliberately go about trying to upset other users – are also responsible for fake news.  In some countries ‘troll farms’ exist to put out misinformation which will cause political upset in other countries.  Russia has long been suspected of having these and is thought to have got involved in Brexit and the US election of 2016.

If you suspect something is fake news you can look at the following:

Recently there have been high profile examples of fake news circulating.  During the recent Covid 19 pandemic it was widely shared and believed by some that the disease was caused by the introduction of 5G technology.  Allegedly these repressed the immune system and the virus spread via radio waves.  This was repeatedly denied by experts but still the myth persisted.

President Putin has repeatedly renounced genuine news of his war on Ukraine as fake news.  Some of the most serious of war crimes, like the shelling of the theatre in Mariupol he has blamed on Ukrainian rebels.  Pictures of seriously injured Ukrainians he has denied are actually injured, even after a high profile pregnant woman died of her injuries after being carried out of a bombed maternity hospital.  He is spreading a lot of false propaganda in Russia and banning all reference to a war, calling it instead a ‘military operation’.  He is using fake news to try and keep the Russian public on side.

During the 2020 US election, genuine reporters were hired by fake Russian editors to write about the election.  These Russians have been linked to the Russian state.  Facebook “learned through a tip from the FBI” that the site was run by “people formerly associated with the Russian Internet Research Agency, which created a number of influential Twitter and Facebook personas to inflame political tensions in the 2016 election”, says NBC News.  Russia has allegedly interfered in both the 2016 and 2020 US elections by spreading fake news.

The effect of fake news

Many people heed what they read in the news when it comes to important decisions they need to make, like how to vote in an election or what treatments to seek when ill.  This makes fake news a dangerous thing because it can influence major events and cause people harm.

Fake news is often geared towards creating social conflict.  This generates deeper divides within society and can influence elections.  Confusion created by fake news leads to the feeling that ‘you can’t believe anything you read’ which negatively impacts genuine news providers.

Students researching for essays at University or College may be influenced by fake news which will lead to lower grades.

Fake news is dangerous for several reasons, so it is important that audiences are able to identify it.  Companies such as Facebook, Twitter and Google are coming under increasing pressure to identify and remove fake news from their sites.  Facebook has introduced the reporting tool for this reason.  Businesses all need to be mindful of fake news, no matter how small.  Exhibition stand contractor Quadrant2Design are constantly keeping an eye out for it.  MD Alan Jenkins said ‘we have to be careful about the content we post on social media and what we share.  It doesn’t look good to be associated with fake news, so we are constantly on our guard.’

How Long Can The IRS Hold Your Refund For Review

13 Incredible And Bonding Couple Tattoos To Show Your Passion